Stoicism and the Art of Living 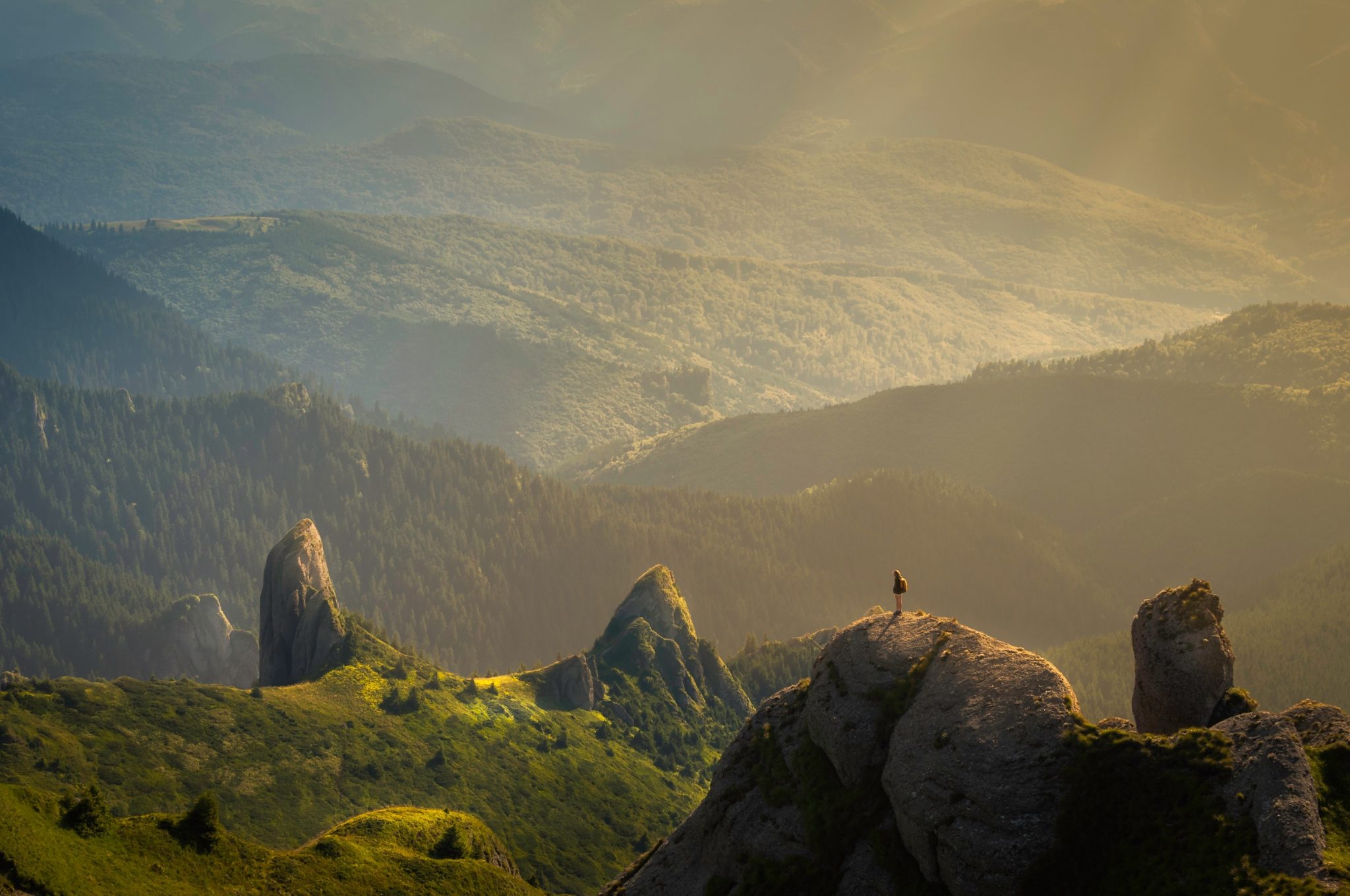 Try answering those honestly in as few words as possible.

If you are happy with your answers and don’t see any particular challenges, perhaps you would like to share your secret with the world?

For the rest of us the challenges appear the moment we start to address these types of questions. If this was not the case, there would be a lot of philosophers and self-help gurus looking for new employment opportunities!

These and similar questions are not new. And neither is the difficulty that people encounter in trying to answer them. It is always possible to get help. But translating this into practical actionable strategies to negotiate life and find answers can be difficult.  This is where stoicism can help.

Stoicism is an ancient school of philosophical thought that has been enjoying quite a revival in popularity in recent years.

At first this might seem a bit unusual. After all, in as far as people may have knowledge of stoicism, it is usually interpreted as adopting a rather cold, unfeeling approach to life.  Not to mention that stoics have the image of being a rather glum lot that have decided to unhappily put up with what life has given them rather than do something about it.

This hardly sits well with the modern zeitgeist of being in touch with your feelings and self-improvement.

Sure, stoicism teaches us not to engage in excessive overt displays of emotions or making decisions based on gut feelings. And it teaches that sometimes we do have to accept what the world throws at us and make the best of it.

But this is to miss the true essence of stoicism.  In particular, it misses that stoicism amounts to a very practical approach to life that provides us with lessons and mental strategies to enable us tackle the difficulties we encounter.

Stoicism dates back to early 3rd century BC Greece and the teachings of Zeno. However, we largely know it today through the writings and teachings of three Romans: Lucius Seneca, Epictetus, and Marcus Aurelius. Each followed a very practical path in life and tried to live what they taught.

Seneca was a scribe, teacher and businessman in 1st century Rome. He is often remembered as the tutor of the emperor Nero – from a historical perspective not a particularly good role to have on a resumé – and he paid for this association with his life.

Epictetus was a slave who earned his freedom and went on to form a successful and highly regarded academy in Rome. Quite an achievement. 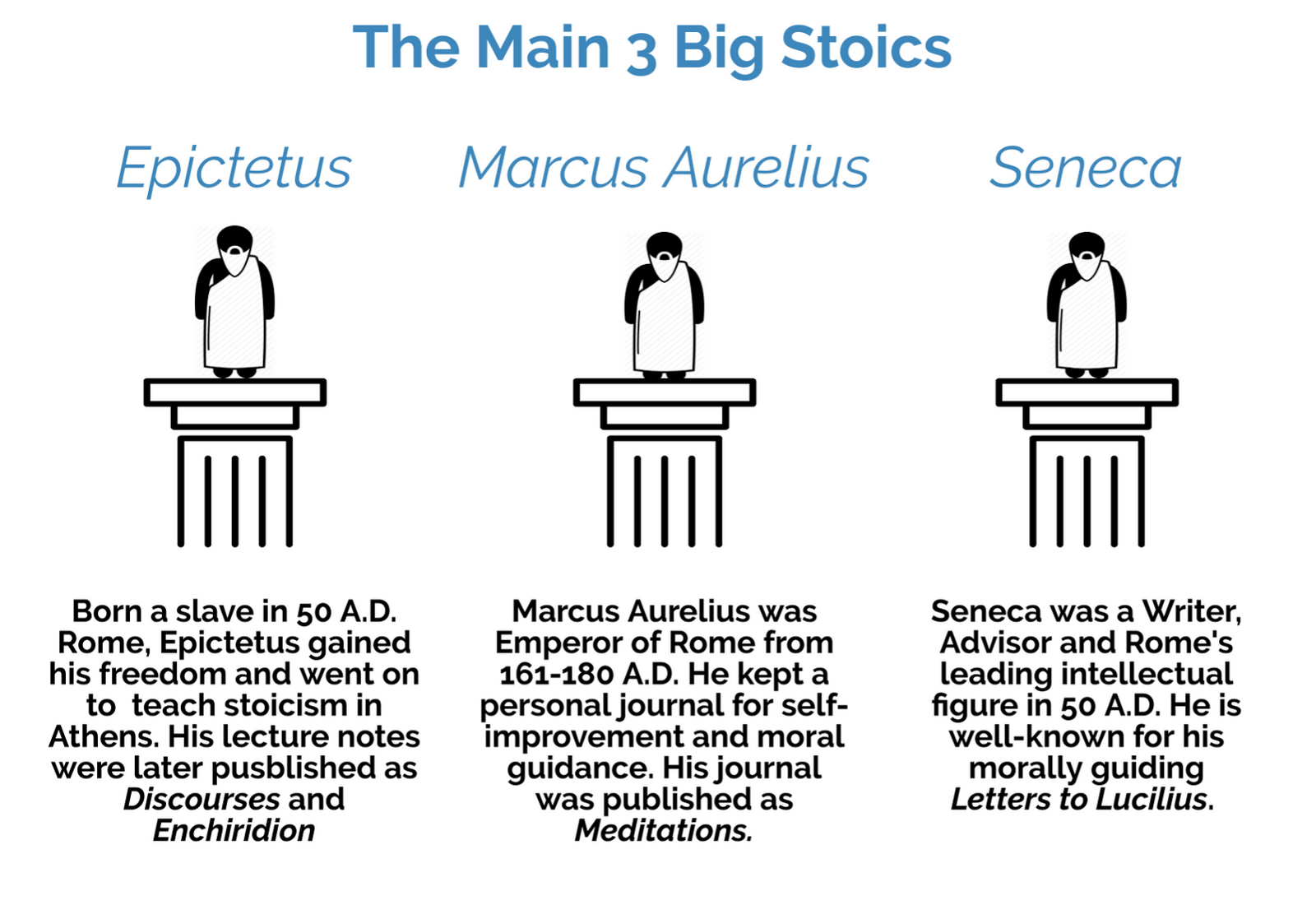 But it is through Marcus Aurelius that the modern student of stoicism can get the easiest way into stoicism. Marcus was emperor of Rome from 161 to 180 AD. He is generally described as the last of the ‘five good emperors’ who ruled Rome during its period of greatest glory in the second century.  Shortly after his death it descended into a century of strife and civil war that almost destroyed its power in the third century.

Importantly, Marcus kept a journal of his thoughts and actions that we know today as the Meditations. In it he distilled his ideas for the good life and it comprises a set of wise sayings and guidelines that remain highly relevant.

Stoicism and the Art of Living

Stoicism emphasises the importance of having a calm nature, avoiding excessive emotional displays and accepting what you cannot control. It teaches us to show equanimity in the face of adversity and to develop the required mindset and discipline to succeed and make progress towards life goals.

Zeno had set out three rules for living a good life. First, live in accordance with nature. Use experience to study nature and learn from experience through reason. Identify the broader reality around you.

Second, see the world as being of a neutral valuation. External things or events are neither good or bad in themselves. They are neutral, and we need to avoid labelling them in our minds. However, good health, wealth and a sense of community are preferable and so the external world does have a role to play in determining the outcome of any action.

Third align what you desire with reality. Do not fight against it but seek to harmonize with it. Your ability to act virtuously is determined by your ability to do this. Acting virtuously will then bring good things to you on as far as you can affect nature. Accept what you cannot determine. 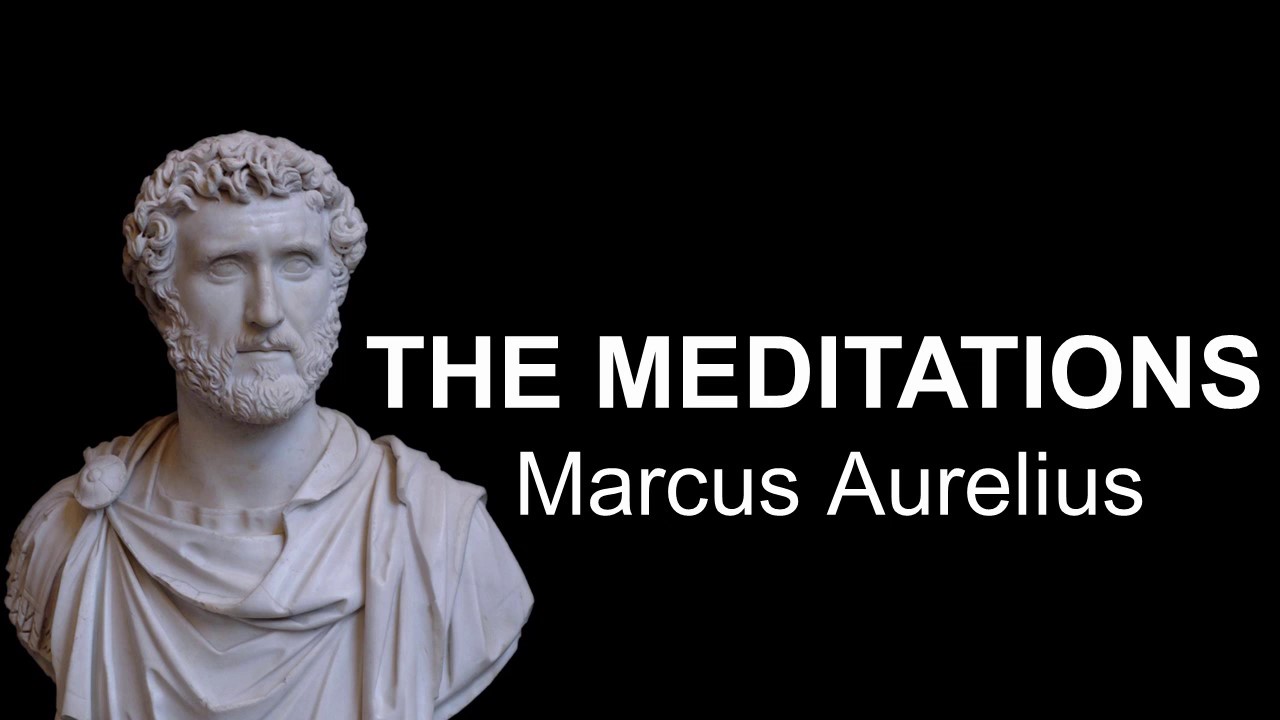 These have been interpreted by later writers into three requirements when you find yourself confronted with a challenge.

First, develop an objective perspective on the situation. Don’t just react or act without thinking.  Stand back and avoid being emotionally involved in what is an external happening.

When you have assessed the situation undertake an action that is appropriate to further your aims but that is also compatible with the nature of the world around you. This idea is usually translated as acting in a virtuous manner but can also be understood simply as trying to do your best given the situation in which you find yourself.

Finally, accept the outcome, good or bad, of your actions. Not everything is under your control but as long as you have acted virtuously and are ready to accept what you cannot control you need never be disappointed or have any regrets.

Me, My Life Outlook and Stoicism

I first encountered stoicism a relatively short time ago but I find it has changed my outlook on life completely and in ways I could not have foreseen. I find myself being able to take action when I know it is right to do so, rather than being held back by doubt or fear.

I’m learning not to allow fear to determine my actions or moods and to stay calm in unexpected situations. And I constantly remind myself that some things are simply just out of my control so I must go with the flow.

I would identify an important turning point in my mindset was when I understood my choices when confronted by a challenge or what might be described as a failure to achieve what I desired.

If you fail to reach a goal, despite many attempts, you have two options. You can be upset and disappointed that life has not provided you with what you wanted. You can begrudge others their success and get angry. Inevitably, with this mindset, you will give up.  But, why do you expect life to be fair?

The alternative is to accept this situation for what it is. Dust yourself off and find another way. Build resilience. 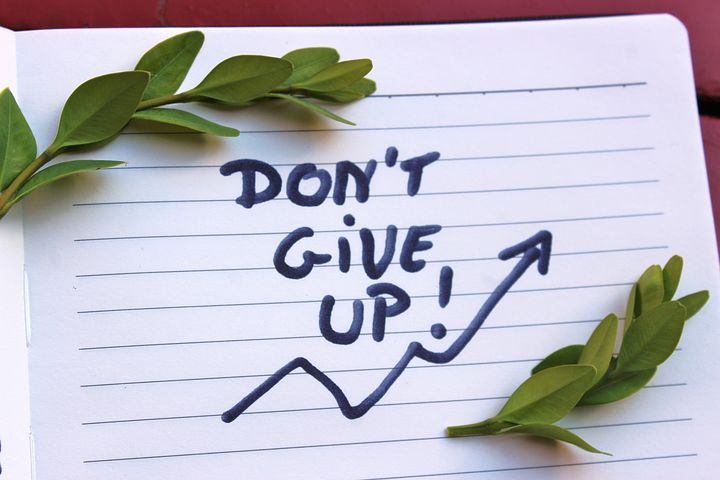 Previously, failure or the prospect of failure would have scared me. Obstacles would be seen as explanations for failure and excuses for not proceeding.

I no longer allow this thinking to stop my progress. An obstacle is simply a challenge to be overcome, a signal that a decision you have made has not enabled you to achieve your goal and needs revision. Therefore, the existence of an obstacle provides an impetus to action, not a halt.

Marcus Aurelius put is so well when he wrote that

‘The impediment to take action advances action. What stands in the way becomes the way’.

Stoicism teaches us not to quit when things don’t work out. Don’t turn negative in the face of adversity. And don’t be angry that life isn’t easy and that everything isn’t handed to you.

Instead FIND A WAY! If you run into an obstacle find a way around it rather than turning around and running backwards. This is what is meant by stoicism and the art of living a good life.

There’s much that happens in your life over which you have no control. But how you react to these events is everything and you have full control over your reactions. Make these reactions work for you.

In one passage in The Meditations, Marcus Aurelius provides a succinct description of what he sees as the most important parts of stoicism for daily life.  He writes that living a stoic life consists of:

Willing acceptance – now at this very moment – of all external events.

That’s all you need.

Reading this, it fees like it could have been written recently by a modern motivational speaker or a mindfulness advocate.  Surely not by a Roman Emperor some 1,850 years ago?

But that’s the point with stoicism.  It’s a practical approach to help us to deal with the challenges we meet in everyday life.  And while the world around us has certainly changed since The Meditations was written, the essence of the challenges we face and our basic human nature is unchanged.

As a result, the usefulness of stoicism is unchanged.  It is as relevant today as when the ancient Greeks and Romans laid out its precepts.

You might not always get everything you desire, but it is in striving to develop the stoic mindset that you will find what you need to live a good life. Live in harmony with the flow of life, accept what you cannot control and don’t resist change.

When you can do that you are starting to live life as a stoic. And for me, the experience has been a huge improvement on any outlook I had previously developed.

Get Immediate Access to the Free 30-day Course ‘Mindfulness in a Busy Life’.

5-2-7 Breathing for a Minute
Doing Meditation on the Road to Mindfulness
Are Human Beings Good-Natured?
Reach the Mind Through the Body