HIIT Can Seem Similar to Circuits. Similar, but Not the Same 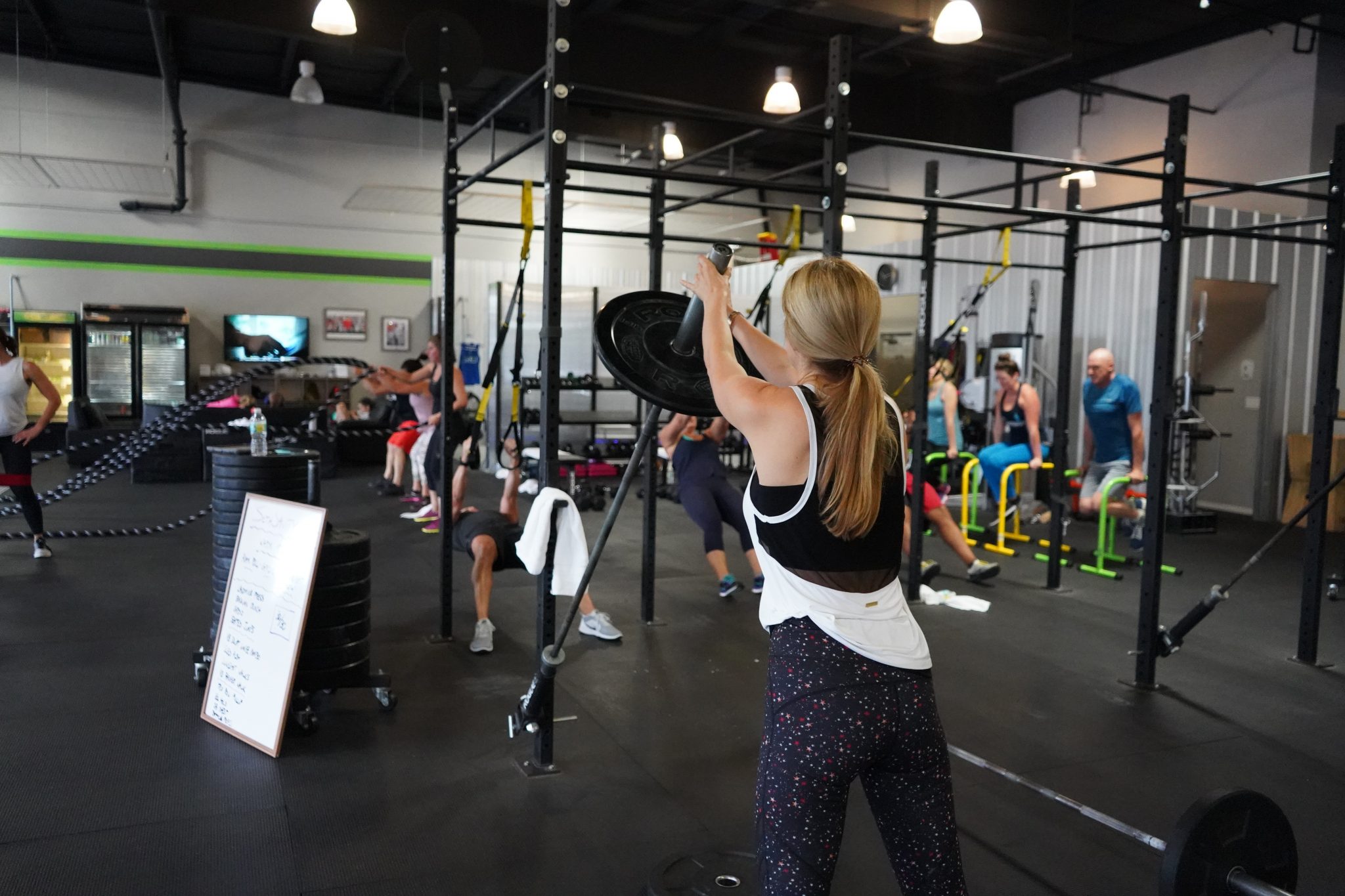 When you start at first, or even when you read about it, HIIT can seem similar to circuits. If you think they’re actually the same, it’s possible you have not grasped some key ideas about what makes High Intensity Interval Training quite different.

The important point is that the differences are in the approach and structure of the exercises. It is just that the types of exercises you do that are similar.

Circuit training, often described as group strength or bootcamp training, typically takes place in class environments, led by an instructor, that are made up of a number of independent exercise ‘stations’.

Each station involves undertaking a particular exercise or movement for a set time – usually 20 to 40 seconds, but it can be longer – or number of reps. When doing circuits, you aim to complete each exercise in quick succession with the best form possible.

The number of stations can vary but there will usually be in the range of 8 to 12 stations. A circuit involves completing all the stations.

You can do a number of circuits during the workout, perhaps varying the time spend at each station. Or you can aim to do as many as possible within a time period, with a set time at each station.

The various exercises can include aerobic exercises, such as mountain climbers or burpees, strength exercises involving barbells or (vary occasionally) machines, and bodyweight exercises such as planks, push-ups and crunches. 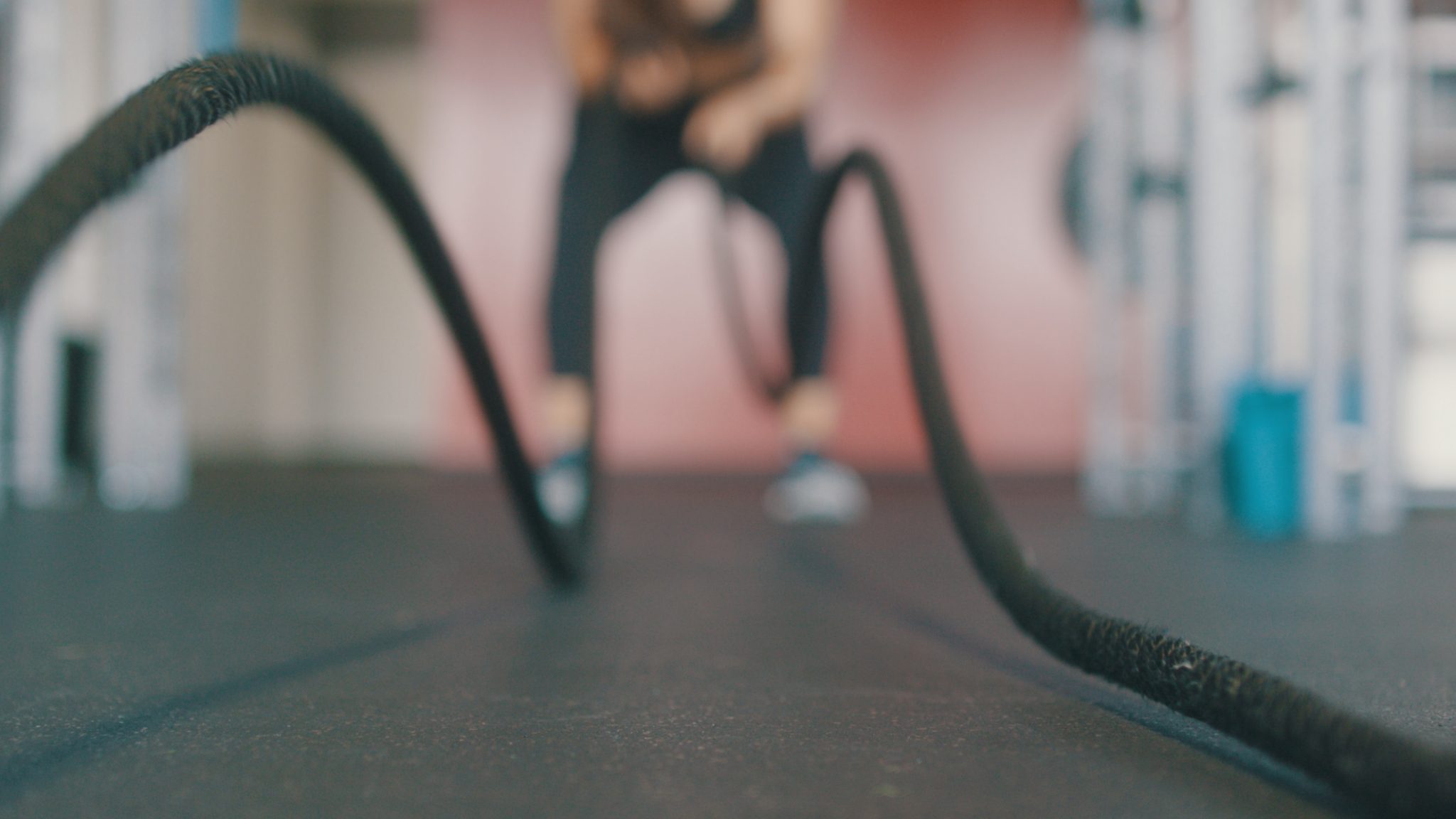 There will usually be a rest period between each station or the circuit can be structured so that the aerobic exercises – which will get your heart beating faster, put pressure on your breathing and raise your body temperature – can be alternated with body-weight exercises, such as planks, that will build strength and give your body a chance to recover a bit from the effects of the aerobic movement.

The initial setup and premise can appear similar with interval training such as HIIT. Similar exercises may be involved, but a complete routine will typically involve little movement from one station to another.

It is also likely that there will be a smaller number of exercises involved – five to eight is more typical – and they are also much more suitable to being done by a person on their own.

A key difference is that such more emphasis is placed on the importance of the rest periods and the relative times spent in the activity and rest intervals with HIIT.Rest also means total rest, not just less activity.

The second most noticeable difference concerns what is expected in the activity interval.  With HIIT, the time spent on each exercise will be shorter than in the case of circuits, usually 12 to 15 seconds, and seldom over 20 seconds. However, the aim is to go ‘all-out’ in this interval so that the rest is absolutely essential.

The overall length of the workout will be shorter, typically around 15 to 18 minutes and seldom much over 20 minutes. There is never any concept of pacing yourself, as would be needed to go beyond this time period. 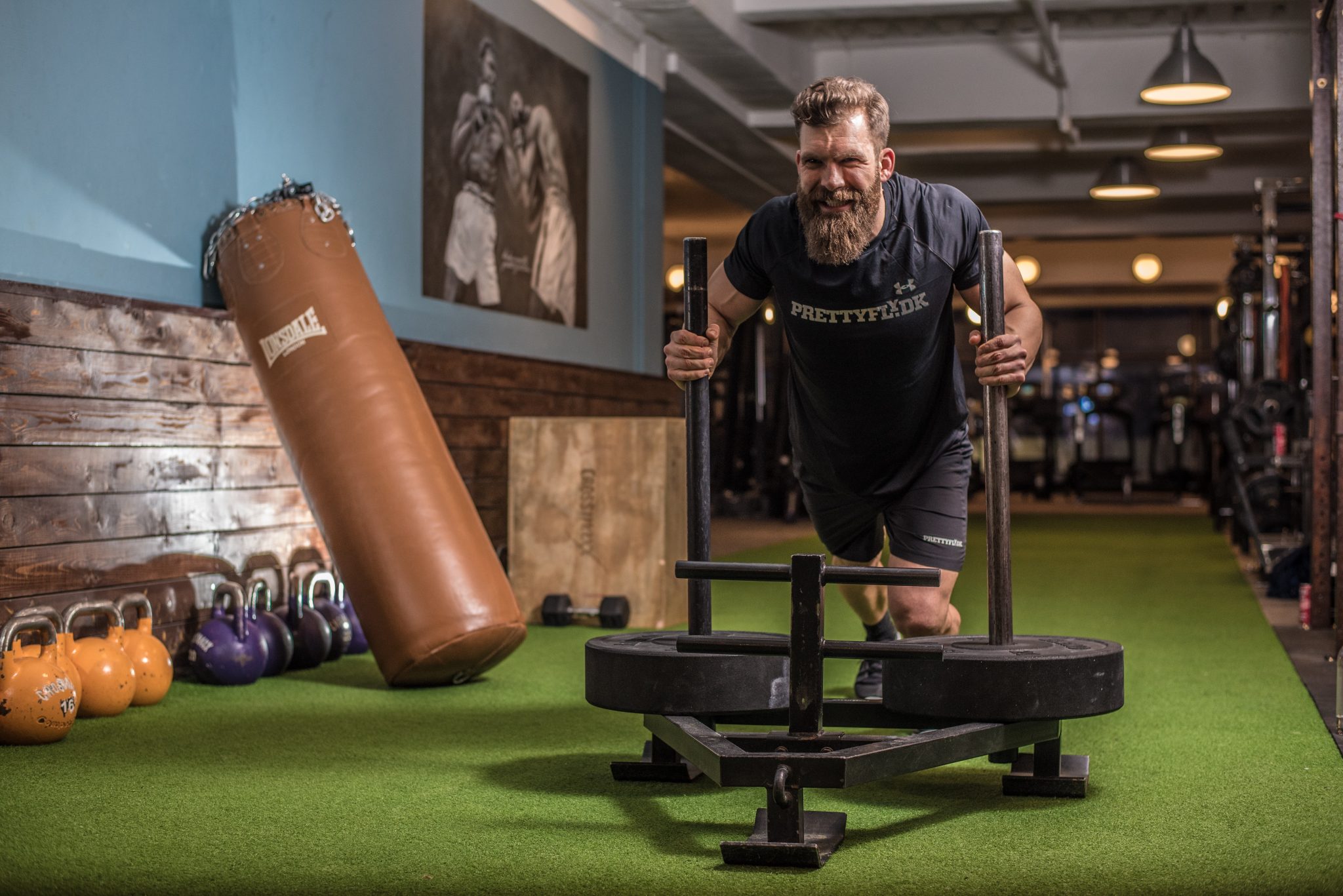 The evidence indicates that HIIT produces results on a par with much longer workouts that do not involve such intensity and recovery.

But the key requirement is to be able and willing to put everything in for a short period. If you are doing so, then 10 to 15 second of 100% effort will likely be your limit before rest.

This need for ‘all out’ effort distinguishes HIIT and also means that it is an appropriate form of exercise for all levels of ability. Even a beginner will be able to sustain full effort for a short period.

On the other hand, a highly trained athlete will be working at a level of performance at 100% effort that they will only be able to sustain the effort for a time.  Obviously 100% effort looks very different in terms of performance for these two individuals.

To achieve consistent 100% effort, the rest period must be taken seriously. It means total rest, not a lower level of activity of a move to a different type of exercise.

Identify Your Goals, Then Your Exercise Routine

Both approaches to exercise are useful and there are a number of similarities. Both involve raising your heart rate and using a wide range of body muscles. So, both are good as a full body workout and will help with cardio fitness.

Both types also burn a lot of glycogen which is the form in which your body stores the carbohydrates you consume. So, both help in weight control, provided you follow an appropriate diet. 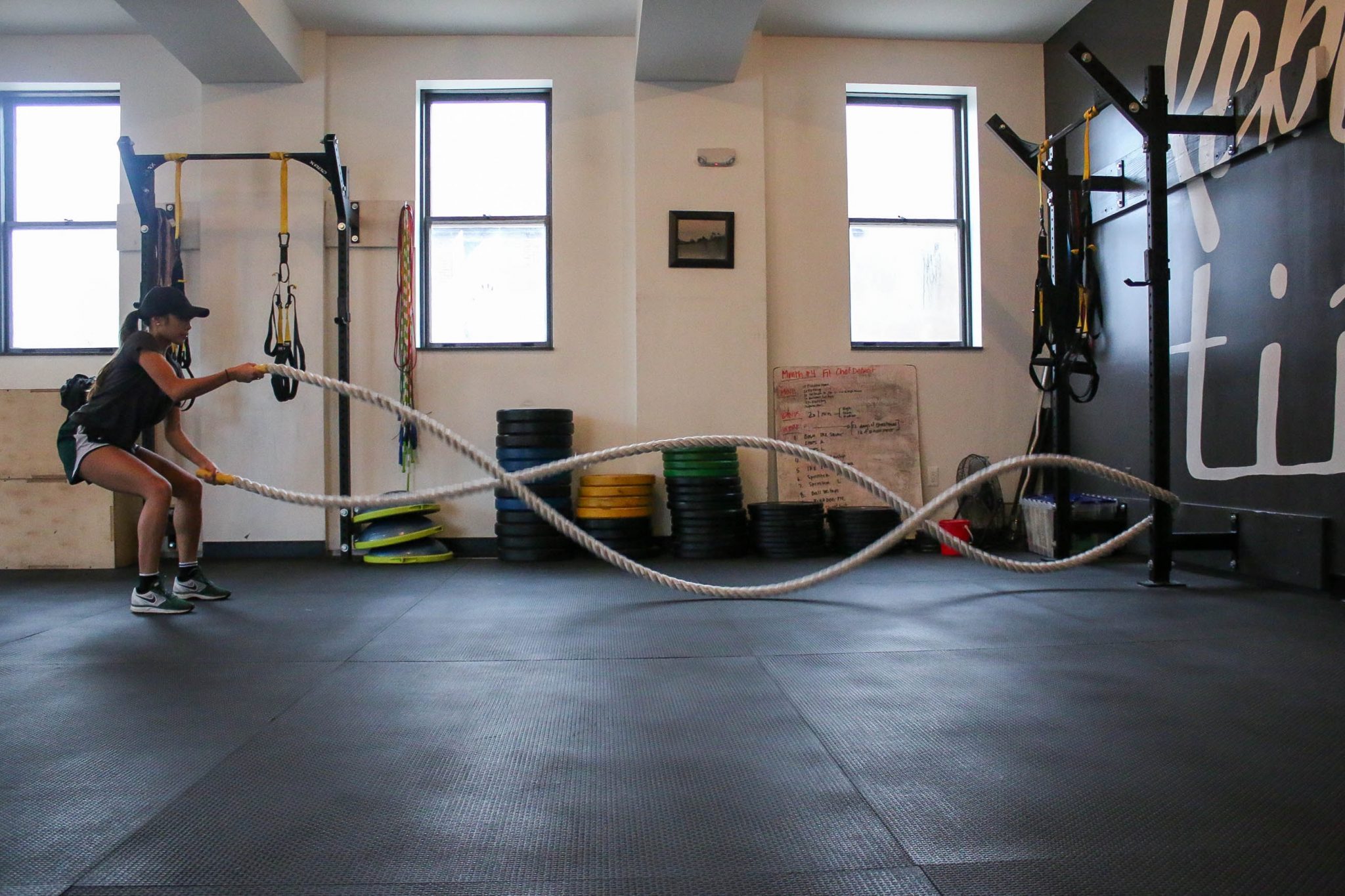 Apart from the different structure of the routines, it is noticeable that circuits involve undertaking a greater mix of exercises during any particular workout and the mix will be less with HIIT.

With HIIT, you will be repeating the same move more often during any workout so you should aim to have a variety of routines and follow one in each workout.

This means that circuits are best designed to improve your overall general fitness. Other exercise regimes will achieve this also, but circuits are particularly effective and efficient in doing so within a limited time.

The downside of this all-round aspect of circuits is that it is not a particularly good approach if your primary aim is to build muscle and overall body strength. However, if used with a weights program they will ensure a balanced development of fitness.

Neither are circuits particularly targeted or effective at developing flexibility. Pilates or yoga classes are a better use of your time if this is your aim.

The structure of HIIT sessions mean they are more effective as cardio sessions particularly for building endurance, that is, the ability to work at full capacity for longer.

If your aim is to lose weight, HIIT is known to affect the body’s metabolism, that is the ability of the body to access and use stored fat, due to the alternating short periods of extreme activity and complete rest.

This contributes to weight loss in a way that circuits won’t, thereby making HIIT better for this purpose. HIIT is then very effective as the cardio fitness element of a weight loss program when combined with diet.

However, HIIT must never be the only type of exercise as sessions must be limited to no more than two per week and never on consecutive days.

In summary, HIIT can seem similar to circuits and there are indeed some similarities. However, depending on your goals, and particularly if weight loss is an aim, you should decide on which approach suits you best.

To get you started, we have put together a short video course to introduce you to HIIT. The course comprises 8 videos that will take you through topics including how HIIT assists in weight control, fat loss, and building endurance.

You can find out more and get instant access to this course by clicking on this link.