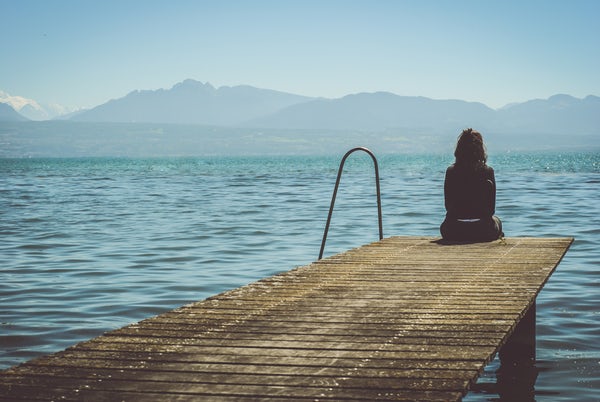 Cognitive distortions are errors in our thinking that usually result in negative mindsets and negative perceptions of the world around us.

We engage in a persistent conversation in our heads. This commentary may help us to make sense of the world around us but this is often not the case.

Some of this noise may reflect the real world but most is likely just the product of our imaginations.

Imagination can be a wonderful thing. But it can also be a problem.

The thoughts are sometimes negative because cognitive distortions program us to adopt negative perceptions. This has a negative effect on our emotions. This can result in a negative approach to life and poor decisions.

A pessimistic outlook soon forms, and our actions fall into line with the expectations. There negative expectations are soon fulfilled and the pattern repeats.

You can never be sure what is real and what is imagined. But, being aware of the potential for cognitive distortions to result in negative attitudes is a first step towards minimising their impact

A number of common cognitive distortions have been identified. Here are a few of them.

Settling only for All or Nothing

Do you ever view common events in terms of extreme choices? Have you a tendency to become fixated on achieving a specific outcome?

If that is not available or achievable, what is your reaction? Do you dismiss the best available outcome?

Have you ever said something along the lines of ‘if I don’t get what I want I’m not settling for second best’?

If so, you’ve adopted a negative ‘all or nothing’ mindset. It’s a form of perfectionism and can be very damaging to your mental processes.

Many people seem to have a tendency to draw far reaching conclusions about events, or people, based on very little information. This information may be restricted to just a single event or encounter.

Have you ever tried something that didn’t work out as you had hoped? It happens to everyone.

Did you then conclude that ‘I’ve tried that and it’s not for me’ or ‘I’m unable to do that’ or ‘My chance there has gone’? If so, it is likely you then gave up.

But you imagined there was a general rule based only on a single incidence. In fact, what you experienced might not be typical.  But this negative conclusion caused you to give up.

Have you ever been required to demonstrate a skill where you are capable but are not an acknowledged expert? It happens all the time. Is your reaction afterwards ever to think back over what you did and remember the mistakes or places where you under-performed, even though you were adequate, or better, overall?

This is fine if you are learning from your experience and seeking to improve.  That’s a positive.  But it becomes a negative if you use this approach to assess your performance.

This is often a reactive stance. Some humility is a good thing, but do you take it too far allowing it to cloud your judgement?

Have you ever received a positive comment only to undermine the positive by thinking that what was said was not actually what was meant?

Do you create an internal narrative that people who are positive towards you have ulterior motives? Perhaps that they felt sorry for you given you inadequacies, or that they were only trying to make you feel better given your performance was so poor? Or maybe that they were simply flattering in an effort to manipulate you?

Why don’t we just accept that what was said was meant, unless there is evidence to the contrary?

It’s not just you who is busy with your life. Other people are also. And you are just not a major feature in their lives.

So, if they ignore you, is this a sign that you don’t matter to them? Or that you have done something to upset them?

Probably not. They are simply distracted by their own lives.

But you jump to the unwarranted conclusion that you were in their minds and they had taken a conscious decision to react, or not react, to you in a negative way.

How often do catastrophic events happen in our lives?  Seldom and rarely. Not every day, or week. But the chatter tells us differently.

Even small mishaps, real or imagined, can become phrased as catastrophes: ‘Now I have ruined everything’. ‘If that [insert imagined outcome] happens, I will never get over it.

We imagine that catastrophe is never far away. When it strikes, as our imaginations lead us to believe it surely will, well, it will be a catastrophe for us.

In reality, most events are passing and their implications are temporary and easily reversed.

Living by What Must Be

Rules and routines make life simpler and easier for us all. But these are constructs set in stone. They are made up. Sometimes they are right or appropriate, sometimes not.

A slightly weaker version is living by what ‘Should Be’ and refusing to accept ‘what is’. This is particularly upsetting when the object is outside our control. Frustration and wasted energy results.

The future is unknown. Embrace uncertainly and be flexible.

Do you recognise yourself here? Becoming aware of this tendency is a first step towards addressing this mental bias.