How Your Body Burns Fat (or Does It?) 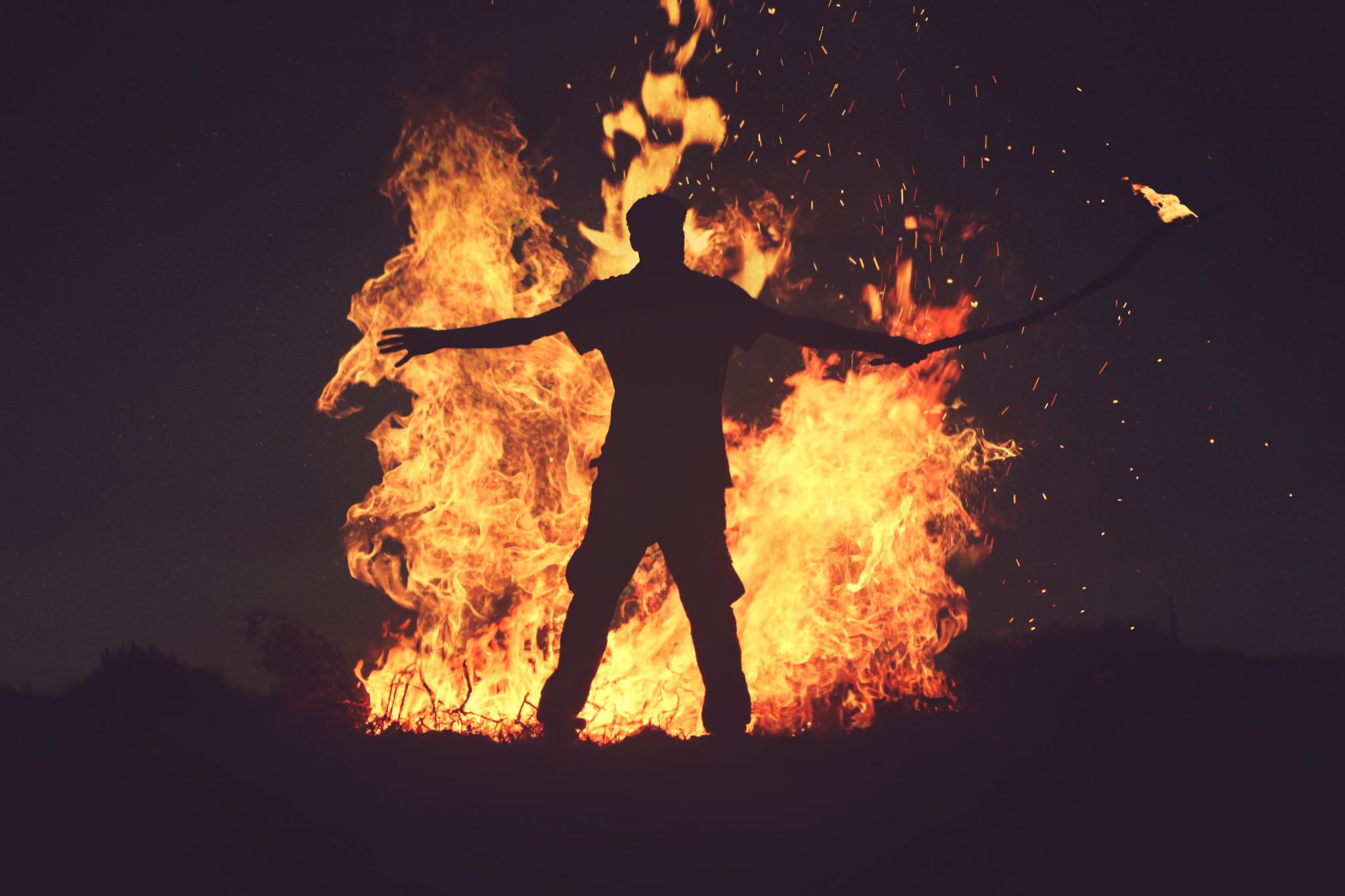 When you eat, you extract energy from the food. Some of this energy you use quickly, some of it you store in fat cells in your body. When you use energy thorough exercise you tap into some of this reserve and your body burns fat to access the energy.

So, having accumulated fat, your body burns fat in a natural process. How does this happen?

Fat and Your Body

Fat exists in your body mainly in three forms commonly called brown, beige and white fat. These exist respectively in your blood – which accounts for most of the fat cells in an average body – just beneath the outer layer of your skin and in abdominal fat.

Each of these types of fat is essential for a healthy body acting to move nutrients around the body, provide insulation against heat loss and as a store of energy. And over half your brain is made up of fat cells!

And some fat in your food is good for you. Our bodies can extract around nine calories of energy per gram of fat that is digested, while carbohydrates and proteins, only contain about four calories per gram. 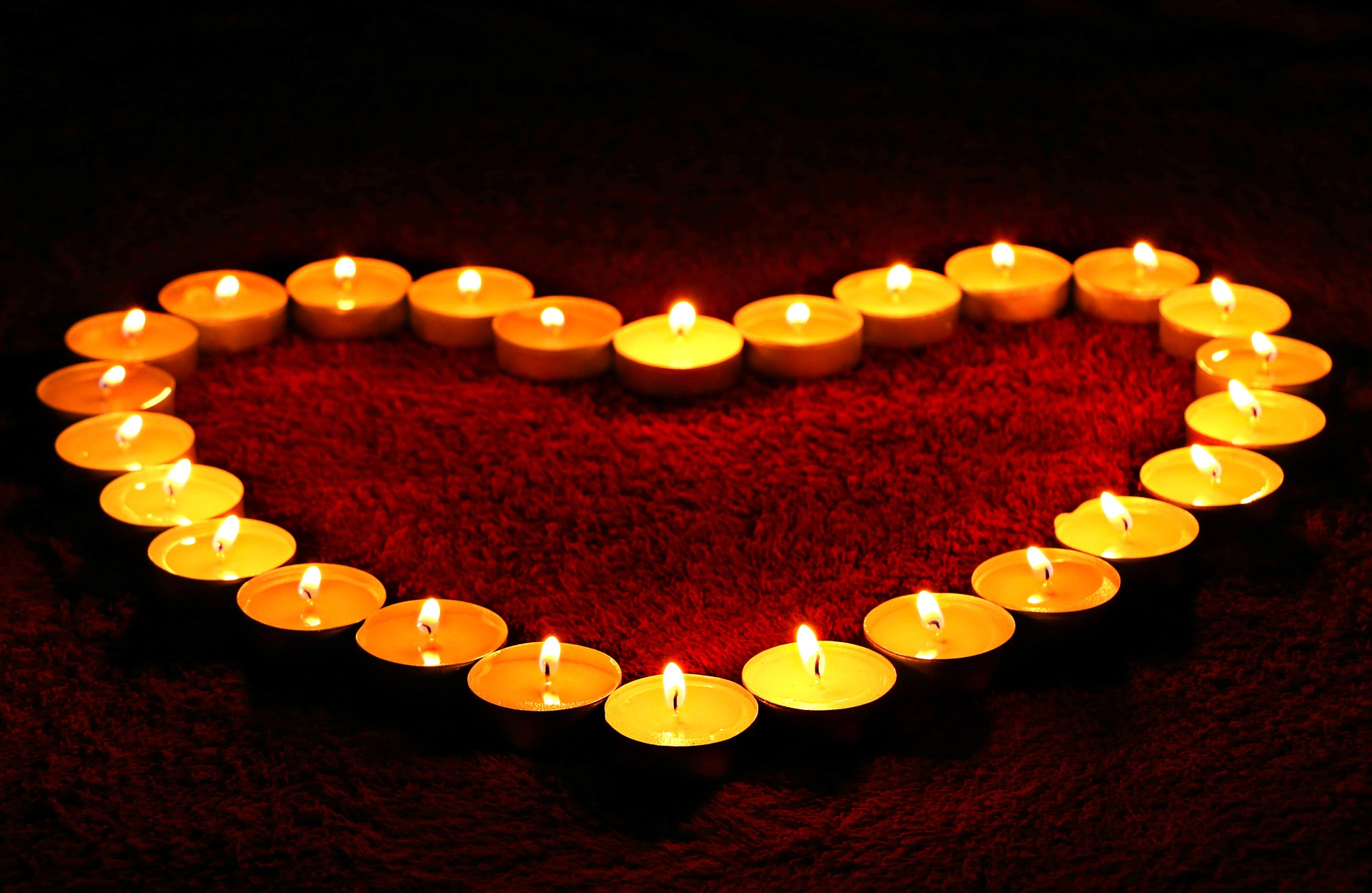 So, fat is not bad in itself. However, excess fat, particularly excess abdominal (white) fat, is a serious health risk.  As a general guide, if the number of fat cells in your body exceeds 25% of all cells if you are a man, or 30% if you are a woman, then you are getting into levels where there is a health risk.

Ensuring you have a good diet and controlling your calorie intake is the most important way to control this fat. However, exercise also has a role to play and should not be ignored.

As the food you have eaten makes its way through your digestive system, your body absorbs nutrients and uses them to keep you alive. The parts of your food that you don’t need or can’t digest are expelled as waste through your bladder or intestines.

But some of what you eat that can be digested is needed, just not at the time you are eating. After all, your digestive system does not know for certain when your next meal will arrive and your body must ensure that it has enough energy to keep you going until then.

This is where fat comes in. Your system digests the food, extracts the nutrients and stores what it does not need at that time in fat cells.

Then, when the nutrients are needed to fuel your body in the form of energy, your system accesses the stores in the fat cells and makes the goodness available to your muscles and other organs.

Obviously, this requirement will peak when you are placing a lot of demands on your muscles such as when exercising. However, much of the energy you use in a day is used in just going about everyday life and in maintaining all the natural processes that are needed to keep your bodily systems functioning.

Clearly, though, there is a balance here. You need to burn up the fat that is stored at a similar rate to which you are storing new fat. Otherwise you will put on weight.

Fat Cells in Your Body

Most people don’t realise that the fat cells in their bodies are not recent arrivals that have accrued as they aged. In fact, most of your fat cells were developed during the years of childhood and puberty.

After that time, the number of fat cells in your body actually remains fairly stable. This seems to contrast with what we observe – we are definitely prone to putting on weight, particularly around the abdomen, as we get older – but it is a proven and accepted fact.

This also means that, as an adult, you have a body shape, structure and composition that is already largely determined. You can ‘improve’ it within reason, but your expectations need to be within bounds. 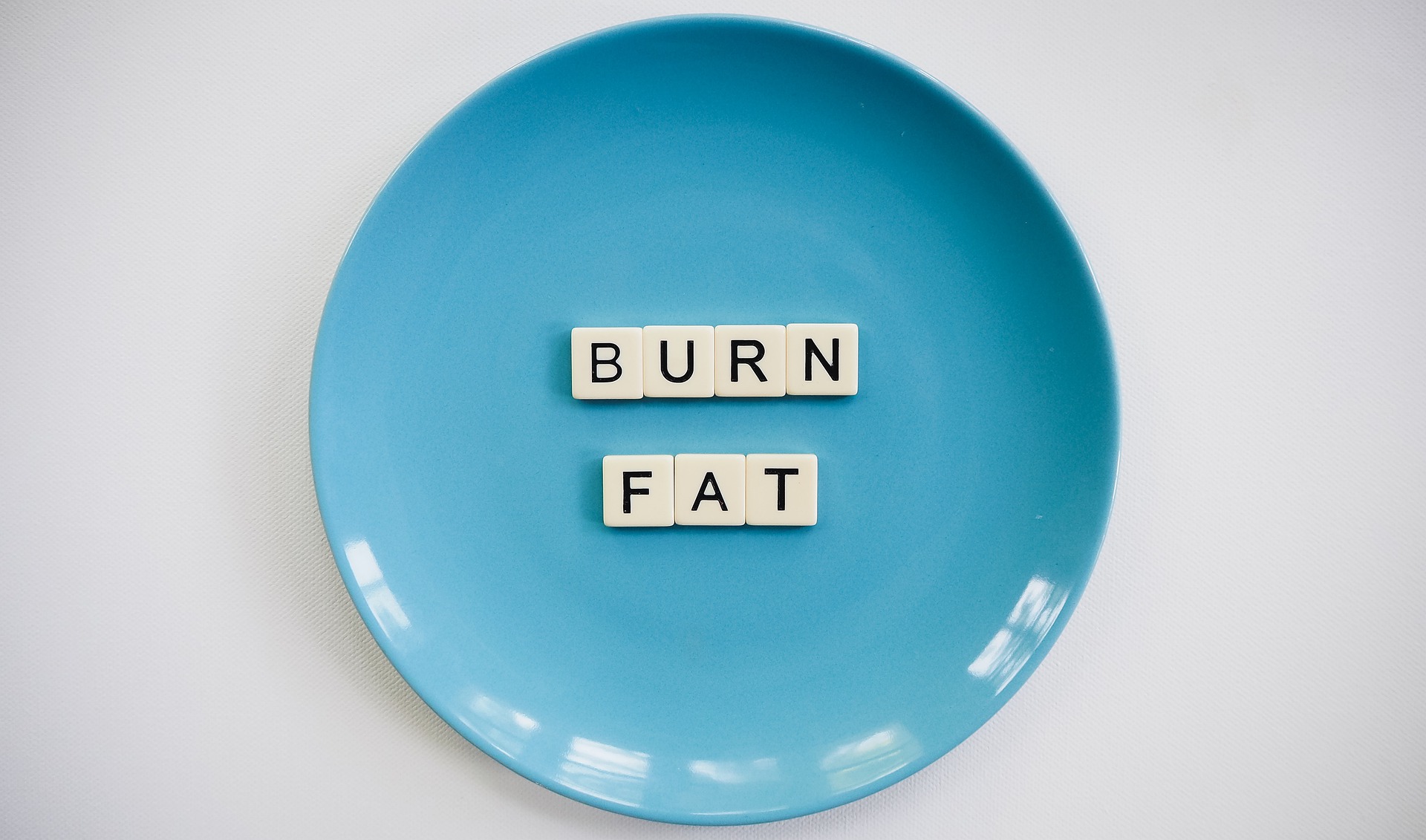 There is also has another important implication. When we talk of ‘burning fat’ we do not mean greatly reducing the number of fat cells. They can vary, but not by a huge percentage.  We cannot just ‘burn them up’ as fuel.

It also means that as we gain weight, typically from our mid-30s onwards, we are not making more fat cells. Rather, the increase in fat in our bodies and associated weight gain – and health issues – are caused by an expansion of individual cells.

The process is that the digestive system breaks down the food consumed, extracts what is needed, and stores nutrients in the form of lipids in the fat cells that already exist.

Once we have exhausted the available carbohydrates, our bodies turn to the stored lipids to provide the fuel needed to power the body. We accesses the stores in the fat cells and extract what is needed, effectively causing the cells to shrink.

Fat cells are not created or destroyed in great numbers by this process, but they do expand and contract. Therefore, if you alter your diet towards healthier options or increase your exercise, over time there are fewer expanded ‘full’ fat cells in your body.

Put differently, you lose weight and become trimmer. And the reverse is also true.

The Process When You Body Burns Fat

When you need stored energy, the contents of the fat cells are provided to your body as triglycerides. Notice that the fat is not directly turned into energy: it’s not like a fire or a combustion engine where the stored fuel is turned directly into energy release.

In fact it might be better to get away from the idea that your body burns fat, although some heat is produced in the process.

The triglycerides are then processed in a series of chemical reactions into energy, water and carbon dioxide (CO2). This means that there are products created that need to be expelled. 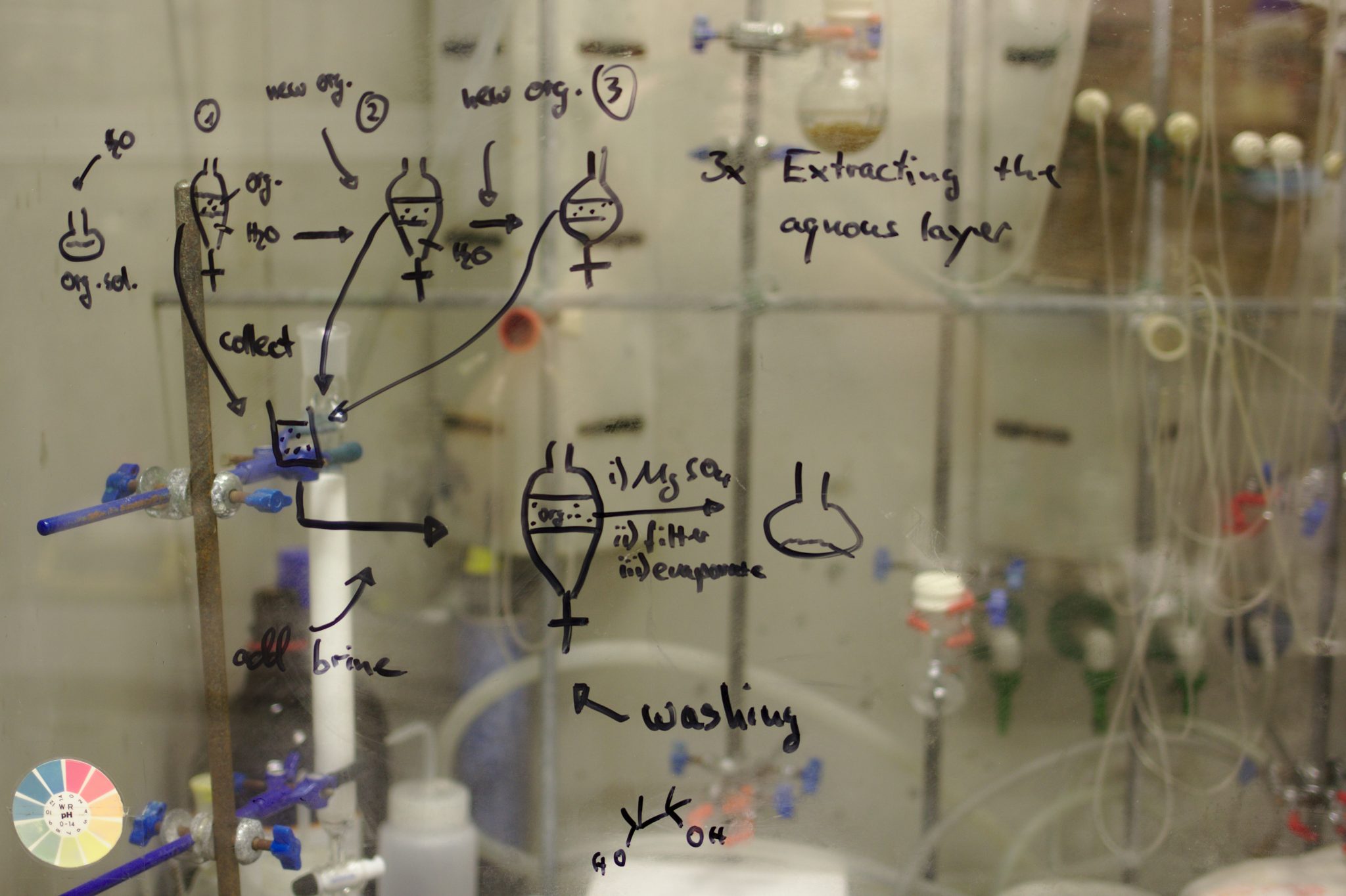 Ultimately, most of what is contained in the fat cells leaves the body through the respiratory system, that is, by breathing. Researchers have concluded that ‘the lungs are the primary excretory organ for fat’ and calculated that breathing accounted for 84% of the waste while sweat and urine made up the remaining 16%.

It’s a comforting idea: your body burns fat by transforming it into products that you simply expel, mostly through the simple natural act of breathing.

But wait: the key word in that sentence is ‘transform’. Your body will only undertake this process if you undertake the movements that are required to induce this transformation. If you don’t your body will simply store the fat.

And there’s a further important point. While calculations show that replacing 1 hour of rest by 1 hour of moderate exercise such as jogging, would increase the rate at which energy is being used by a factor of 7, the effects of this on the amount of fat in your body would be very easily counteracted by even a small increase in the intake of sugary foods.

The researchers concluded that

It’s a sentence that should be read aloud in every gym many times a day.