The Benefits of Nature to Your Life 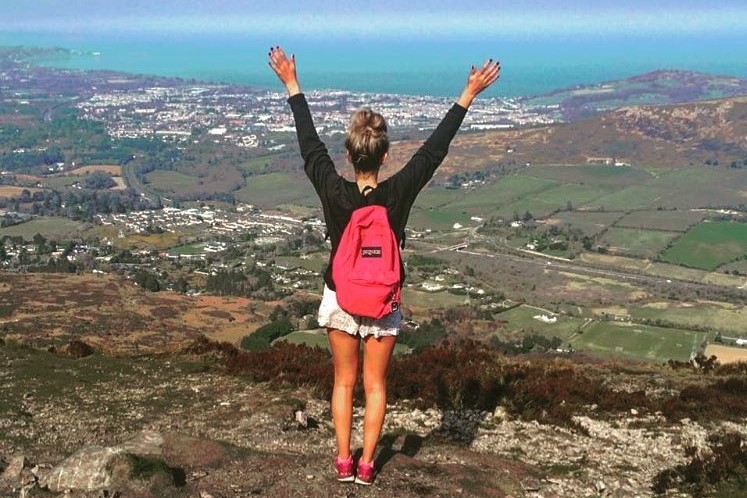 We are constantly bombarded by subtle and blatant reasons to seek progress in the modern world that is built on the actions and decisions of people.  What is the role of nature and the natural world in a life that is dominated by such thinking? What are the potential benefits of nature to your wellbeing?

If you look up the definition of ‘progress’ and you will get something along the following lines:

‘Forward or onward movement towards a destination.’

No argument there. But notice that there is no judgment in this definition. Progress implies some sort of movement. But it does not mean that the destination is reachable or desirable.

‘Development towards an improved or more advanced condition.’

Here the progress is perceptual, but there is an element of judgement implied in relation to the destination. It is ‘improved’ – presumably relative to the starting point – and it is ‘advanced’.

But this raises some important questions:

Despite there being little agreement in relation to these questions, there is a mantra that progress is good and should be targeted in the form of economic growth and other ‘agreed’ objectives.

Much of the time this is right. But there are costs to progress.

There’s no way I tease out all these issues here and I’m just going to deal with one aspect. As we pursue progress, what do we, individually and collectively, lose in the pursuit?

The Costs of Progress

We work hard to try to make our lives easier. We put more and more of our energy and time into this objective. And, for the most part and for most people there is a real pay-off.

We now live more comfortable, safer and longer lives with more freedoms and opportunities than at any time in the past. Don’t ever forget that.

But this pursuit also means we are moving further away from living spiritually satisfying lives.

We earn and have more and more material comforts, but we risk being physically unfit and mentally stagnant.

Old certainties and the security of community and religion are either gone or greatly weakened for many people.

Loneliness is at epidemic proportions and fear is rising. Perhaps worst of all, the perception of helplessness has taken hold of so many. 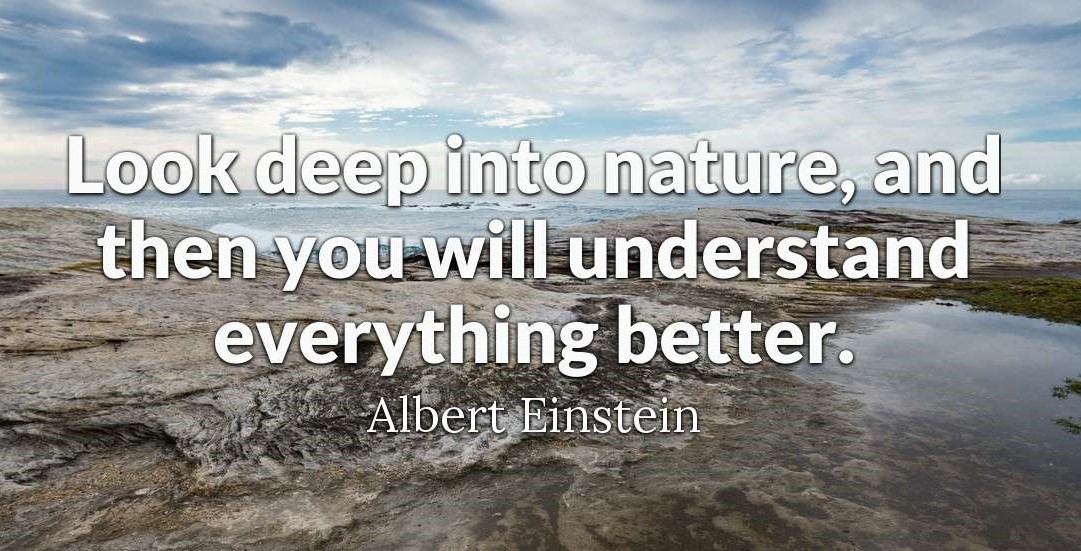 Somehow, a seemingly beneficial virtuous cycle based on the promise of progress, for many, became too much of a good thing. It has become a vicious cycle of forever running faster to keep up while draining the energy that is needed to see an alternative.

But there is an alternative. It’s all around you. It’s free. It’s always ‘on’. It’s totally in tune with what you actually require to address the difficulties that have arisen in your life. And it’s for everyone.

The Role of Nature

Ultimately, we can reduce the purpose of many of our actions to the pursuit of happiness in our lives, and the lives of others.

Researchers have developed ways to measure happiness, the factors that determine it, and how it changes over time. This research is published as the annual World Happiness Report under the oversight of the United Nations Sustainable Development Solutions Network.

The research identified the happiest countries and the factors that affect this ranking. The top positions are dominated by Northern European countries plus, Canada, New Zealand and Australia.

There is little doubt that an improving standard of living promotes happiness. But the happiest countries are not necessarily those with the highest living standards.

Many factors affect happiness and the research suggests that our well-being is positively affected by opportunities to spend time in nature.

When we walk, run or cycle in the park, countryside or forest we definitely boost our physical health. But there are deeper benefits also.

Just the very act of getting out into the fresh air, creating a relationship with the natural world and soaking up the sunshine, helps to reduce and manage depression. It’s not just the exercise. Even just sitting in nature increases our vitality and well-being. The evidence clearly indicates that when we spend time in nature, we have a greater propensity to live in the moment.

In a nutshell, spending time in nature is good for our soul.

We Underestimate the Benefits of Nature

However, even when we know these things, we tend to underestimate the psychological benefits of spending time in nature. As a result, people spend less time outside in green spaces than they would do otherwise.

This leads to two problems. First, we miss out on many of the benefits of spending time in nature. Second, loss of contact means that our sense of affiliation with the natural world becomes undermined and leads to a reduction in our tendency to care about the environment. So, we damage ourselves, and damage nature.

Researchers set about estimating the extent of this failure to appreciate the benefits of nature and its consequences. They first identified two walks in the area of a university campus, one in a tunnel – which is basically an indoor walk – and one outdoors in the open air. The experiment was undertaken in the Autumn in pleasant but not particularly good weather.

A group of students was asked to take these walks. They were then asked to describe how they felt. A second group was asked to answer similar questions on how they would feel if they undertook one of the walks, but did not actually go out for the walk. 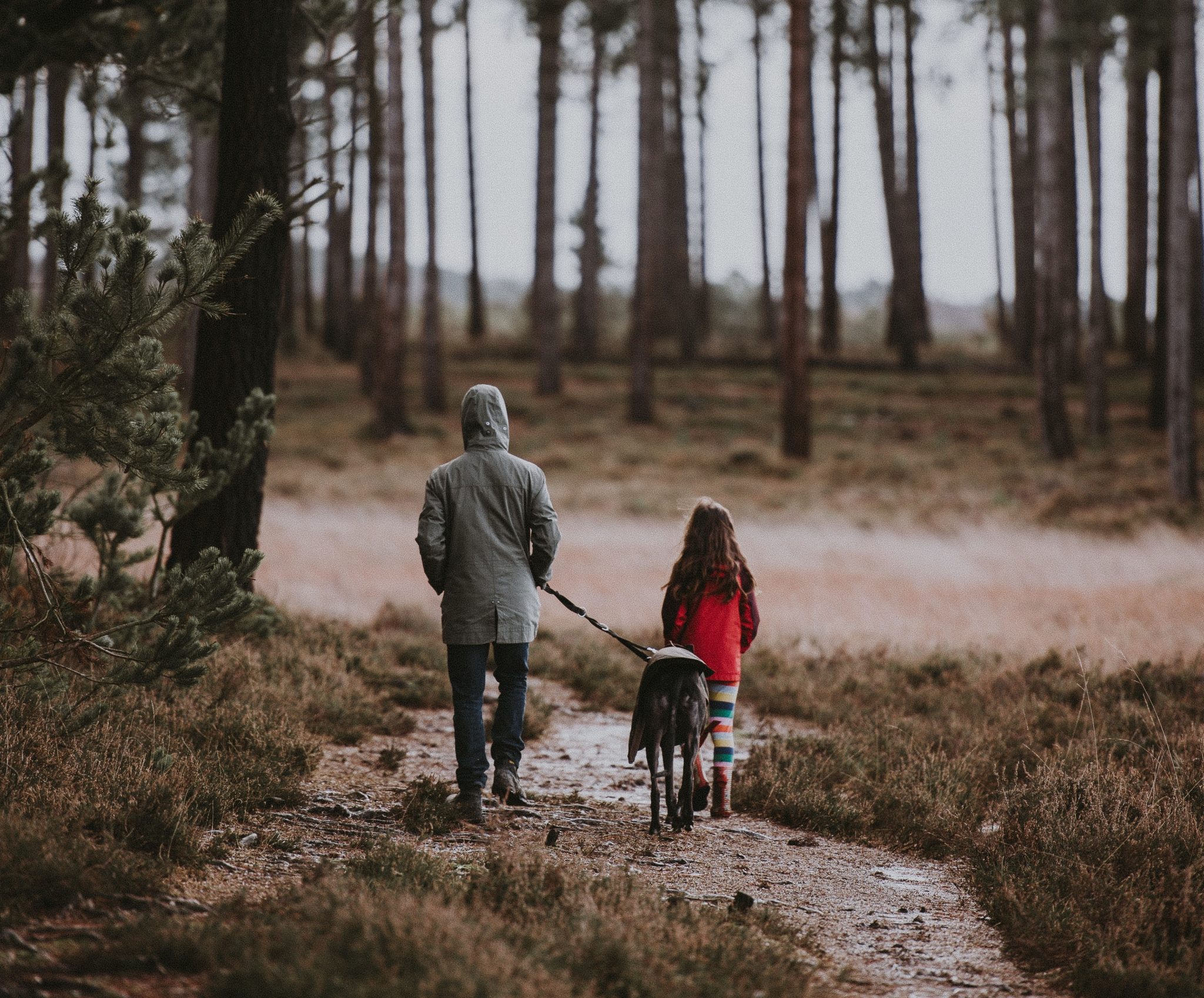 The study found that among the first group, students felt more positive emotions after the walk in the open air than they did after the tunnel walk. They also reported feeling more connected to nature with this walk. That was not a great surprise.

The most interesting finding was that students in the second group underestimated the positive feelings they would have felt with the open-air walk and overestimated the positive benefits of the tunnel walk when their responses were compared with those of the first group. They failed to appreciate the importance of actually being out in the open air while taking the walk.

The researchers repeated the experiment with different groups of students and made two changes. First, this time there was just one group of students so that those who took the walks also made predictions about how they would feel afterwards. Second, different indoor and outdoor routes were used.

But this returned exactly the same findings. Students felt in a better mood after the outdoor walk and also more connected with nature, but they also underestimated the extent of these benefits beforehand.

It’s Easy to Ignore the Benefits of Nature

However, it is very easy to lose sight of this. Even the poet Robert Frost, who was renowned for being able to capture the feeling of the New England countryside and clearly understood the role of nature more profoundly than most of us will ever do, found that he had to leave the beauty of nature behind to keep promises he had made. 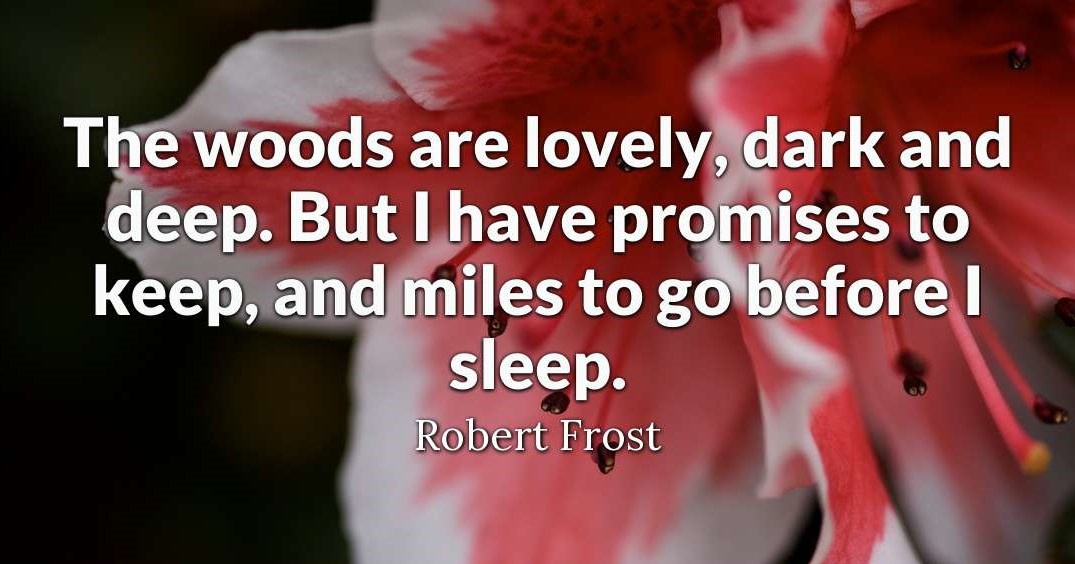 Robert Frost was also writing well before the modern world was created. (Otherwise he could have just called ahead to say he would be late as he wanted to stay in the snow a bit longer, could he not?).

The challenges we face today as a result of the world we have created are greater than he could have imagined. So, do we need to get away from modernity are reject mainstream life styles?

No, this is not the correct approach. There can be no question that the modern world has made our lives better in so many different ways. It’s a matter of handling the progress that has been made.

You don’t need to give up on progress. Instead, you need to find a balance between the life that will allow you to gain the benefits of modern living while also keeping in touch with nature and the things that promote happiness.

If you do this, you’ll find that getting back in touch with nature will actually help you to make progress. This has long been the case.

In the early 1850s, the author Henry David Thoreau undertook an experiment to live alone in an isolated place for over two years. From this came the classic book Walden. He then returned to ‘civilised’ life.  Having spent time living close to nature, he concluded that

‘I learned this, at least, by my experiment: that if one advances confidently in the direction of his dreams, and endeavors to live the life which he has imagined, he will meet with a success unexpected in common hours.’

So you don’t need to give up on your modern conveniences and ambitions. But you must not simply forge ahead in one area of your life. Instead, also develop strengths based on simple wants and needs.

‘If you have built castles in the air, your work need not be lost; that is where they should be. Now put the foundations under them.’

Other notable people have been able to marry nature into modernity in striking ways. For example, Frank Lloyd Wright, the great architect who could place the artificial constructs of modern building into natural settings without loss of harmony, understood the requirement to build for the modern world but to always find supports in nature. 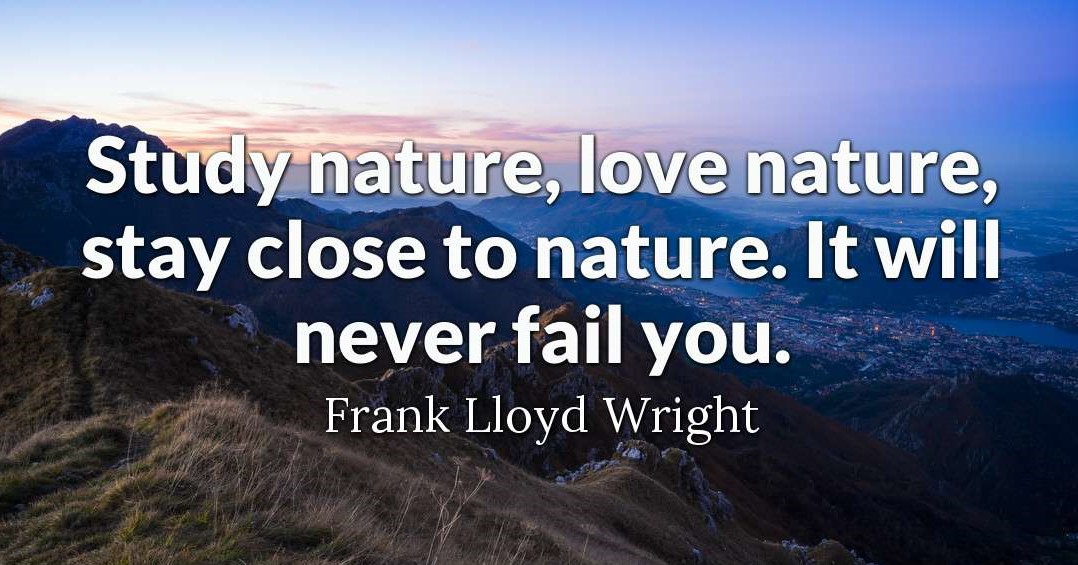 Frank Lloyd Wright could do it by building physical entities. The challenge is for you to build you life in a similar harmonious manner.

There is no need to reject progress or the modern world. You do not need to repeat Thoreau’s experiment. But you must ensure you make space for nature to support your drive for progress.

How Can we Address this Problem?

The researchers concluded that even though people are innately drawn to nature, there appears to be a general disconnect that seems to prevent us from fully anticipating the benefits of interacting with the natural world.

As a result, we interact less than we should in terms of our own wellbeing. But this also further wakens the connection and our appreciation of the importance of protecting nature.

This has many long term impacts. An example would be the preference that is often placed on the density of housing in or near cities, even though protecting natural spaces in urban settings, even simple open spaces, can increase happiness.

But how can we get to a stage where we correctly value this happiness and nature’s role? Only by interacting with nature. Even a few minutes a day will help. But by failing to do so, we fail to see the benefits.

It can be a vicious circle.

Meditation and Health
Between Your Body and Your Brain
Are Human Beings Good-Natured?
5-2-7 Breathing for a Minute